Cohiba is the most legendary name in the world of cigars.  The Cohiba legacy endures by combining traditional and modern cigar-making techniques. Cohiba cigars are rich, flavorful, and deeply complex smokes perfectly suited for the sophisticated cigar aficionado and anyone searching for the ultimate cigar smoking experience.

Cohiba is the flagship cigar brand for the nation of Cuba and there are several factors behind the brand’s stellar quality and reputation.

Cuba occupies a perfect location in the Caribbean, receiving just the right mixture of sunshine, cloud cover and humidity to grow exceptional tobacco crops. These elements combine with Cuba’s topography and fertile soil to make for agricultural regions primed to deliver the very best tobaccos destined for Cohiba cigars.

Tobacco farmers develop tobacco of the highest quality thanks to combining age-old tobacco-growing techniques with modern ways of cultivation. Cuba’s tobacco growers are recognized worldwide as masters of tobacco cultivation, and only the best of them contribute to the Cohiba brand.

Cohiba cigars have an unmistakable character that arises from a special fermentation process. Select Seco, Ligero and Medio Tiempo filler leaves are fermented in barrels, giving each smoke a distinct taste and aroma..

Cultivating great tobacco doesn’t necessarily mean great cigars, so it is up to the master blenders to develop the perfect mixture of tobaccos. The masters behind each Cohiba blend are widely considered to be the absolute best at their craft.

Cuba is home to the finest cigar rollers in the world, and the most experienced hands create Cohiba cigars. These elite artisans craft cigars with precision and pride.

What also sets Cohiba cigars apart from other brands is the Cohiba mystique. The name garners attention  from both cigar aficionados and non-smokers alike. It is a name that is synonymous with class and distinction, a byword for the absolute best.

Whether you are an everyday connoisseur, or you are in search of the ultimate special occasion smoke, Cohiba offers several luxurious blends for every level of taste.

This is the original core range of Cohiba cigars, officially known as La Linea Clasica Series. Richly textured and loaded with flavor, these smokes are the quintessential “Cohiba” cigar. The Cohiba Coronas Especiales is a favorite beloved around the world.

Also known as La Linea 1492 Series, this line of Cohibas launched on the 500th Anniversary of Columbus setting foot in the Caribbean. These medium-bodied smokes are international favorites that will please a wide spectrum of tastes. A great place to start is you are new to Cohiba cigars. The Cohiba Siglo V is a true classic.

The special 5-year aged Maduro wrapper used for the Cohiba Maduro 5 Series delivers a sensuously smooth and flavorful smoke revered by connoisseurs and Maduro fans alike. The Genios Maduro 5 is a top pick no matter your level of taste or experience.

These are the most exclusive regular production cigars in Cohiba’s catalog. At the heart of each Behike cigar is sun-grown Medio Tiempo filler leaves, selected from the highest part of the tobacco plant. The rare leaves deliver the uniquely pleasing flavor that has made these connoisseur favorites, such as the Cohiba Behike 54, modern legends.

These very special 6 1/8” x 54 cigars rank amongst the most sought after of all Cohiba cigars. Originally released as a limited-edition cigar in 2017, the Talisman has seen extended releases due to overwhelming popularity. At once rich, full-flavored, balanced and wholly unique, the Cohiba Talisman has already secured its place as one of the all-time greats.

Other Cohiba cigars are occasionally released as limited edition or Edicion Limitadas cigars. The most exclusive of these are often available only in jars or humidors specifically designed for the release. Releases might include special blends or sizes, as with the Cohiba Robusto Supremos Edicion Limitada and other popular releases.

Compared to other storied brands, such as Romeo y Julieta and Montecristo, Cohiba cigars are fairly new to the cigar scene. The meteoric rise of Cohiba is a tale born of revolution, myth, secrecy, and undying love for cigars.

The Cohiba Legend is Born

The Cohiba story begins with the Cuban Revolution and the rise of Fidel Castro. Legend tells us that Castro, a lover of cigars, was given a cigar made by a local cigar maker, Eduardo Ribera. Castro so enjoyed the smoke that he met with Ribera to learn more about the cigar. Gathering the best cigar makers available, Castro set in motion what would become the world’s most famous cigar.

Castro set about converting one of Havana’s landmark mansions into a cigar factory. Officially opened in 1966, the El Laguito factory began producing Castro’s beloved cigars. To ensure cigars were of the utmost quality, one of Cuba’s most respected tobacco men, Avelino Lara, was appointed to oversee production. Lara and his team would gradually take the cigars to the next level by developing new and improved production techniques.

It was at the El Laguito factory that innovations, including the now-famous barrel fermentation process and the creation of the Lancero and other popular cigar sizes, set Cohiba apart from other Cuban cigars. As production methods improved and the legend of the cigars grew, Castro began to give the cigars to dignitaries who inquired as to the name of the cigars. 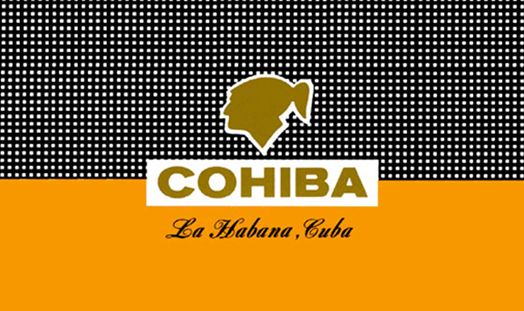 Castro understood the appeal of offering a world-class Cuban product to the international community. He also believed that celebrating the legacy of the Cuban people would be the perfect way to link his vision of a modern Cuba with Cuba’s distant past. The search for the perfect name brought Castro’s team to “Cohiba,” an obscure word used in the Taino language of the indigenous people of the Caribbean.

“Cohiba” is a word for tobacco, or rather the cluster of tobacco leaves Taino-speaking people would smoke through the mouth or nose, what we know today as cigars. With a new name in place and buzz already swirling about Castro’s not-so-secret cigars, Cohiba cigars officially came into being in 1968.

The launch of Cohiba as the official state cigar brand of Fidel Castro and Cuba sparked more interest in the cigars than ever before. Available only to Cuban officials and the most exclusive VIPs, Cohiba became the symbol of exclusivity and sophistication, a title it still wears to this day.

Cohiba cigars achieved near-mythic status years before they would become available on the open market. The secrecy surrounding the brand’s premier quality tobaccos and cigar production methods only fueled the Cohiba mystique. The brand finally made its first international appearance during the 1982 World Cup. Cohiba had officially landed on the world’s stage.

Cohiba hit the market with just three available sizes, yet each has become a legend unto itself. The original line-up of Cohiba cigars included the Coronas Especiales, the Panatela, and perhaps the most famous Lancero. The line-up expanded in 1989 to include a Robusto, the Churchill-size Cohiba Esplendidos, and the smaller Exquisitos.

Collectively known as Cohiba Linea Clasica, these original cigars led to all new Cohiba blends and continue to set the bar for not only Cuban cigars but all cigars everywhere. 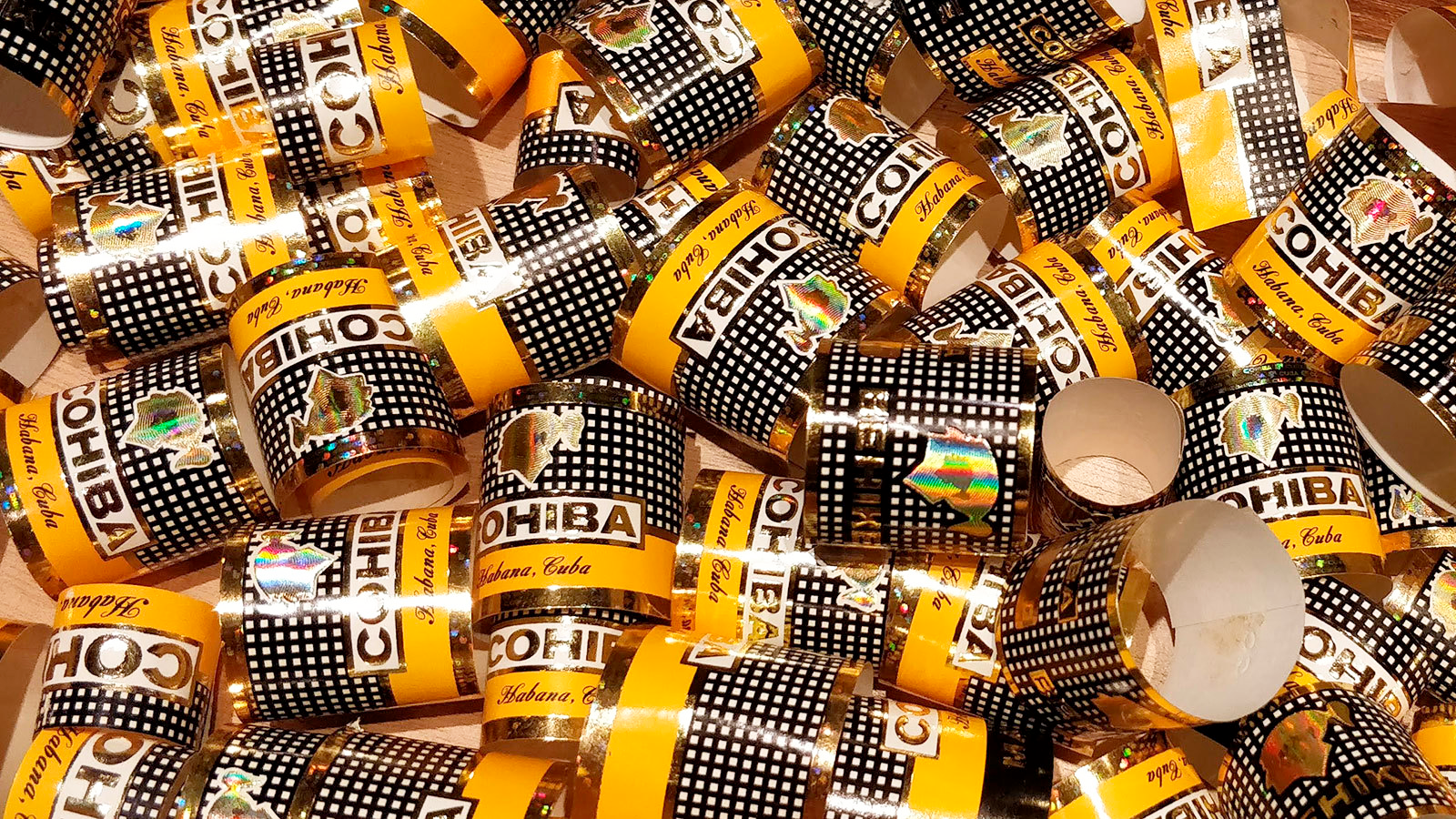 Cohiba cigars have maintained the highest level of quality throughout the years due to the very best methods in tobacco growing, curing and production.

At the very heart of every Cohiba cigar is tobacco from one of the world’s great tobacco growing regions, Vuelta Abajo. Located in the Pinar del Rio province on Cuba’s western edge, Vuelta Abajo offers the perfect blend of soil and climate to cultivate the richest and most flavorful tobaccos. The most prized tobaccos come from the region’s San Juan y Martinez and San Luis areas, which are at the very epicenter of Cuba’s tobacco industry.

A unique aspect of a Cohiba cigar is the extra step taken in the fermentation of filler tobaccos to enhance the character of each smoke. After the usual two-step fermentation, high-quality Seco, Ligero, and Medio Tiempo leaves are selected for a third round of fermentation in wooden barrels. This safely guarded secret process creates tobaccos that are luxuriously rich. 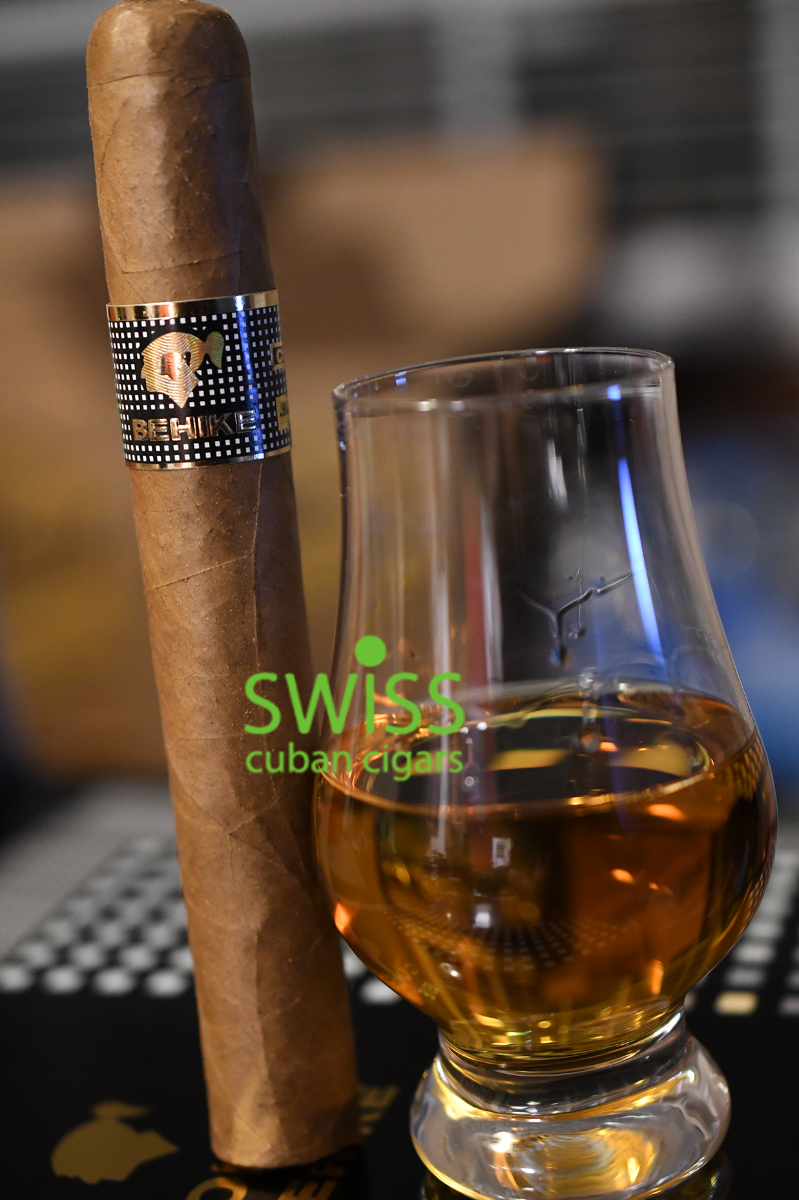 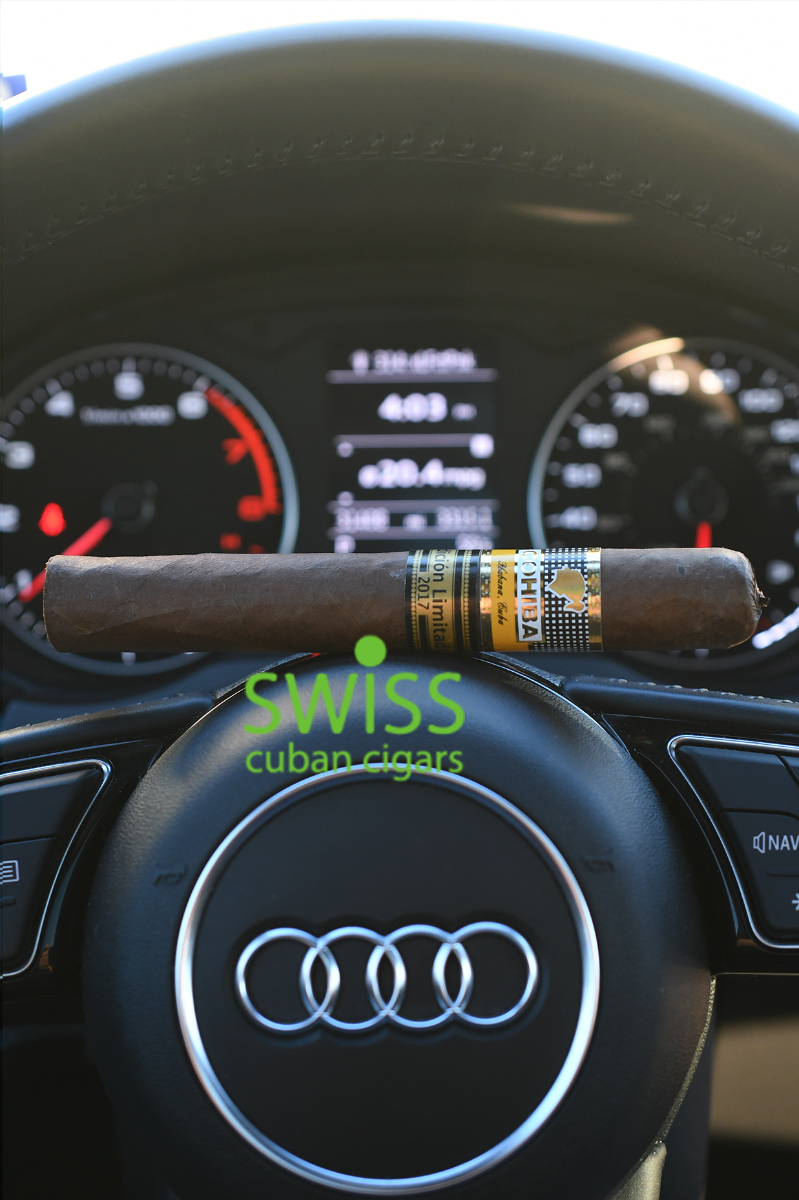 Once the tobacco has made its way from the tobacco fields to curing barns and through the fermentation process, the tobaccos are placed into the hands of Cuba’s legendary torcedores, or master cigar rollers.These torcedores are especially renowned for the triple or three-seam cap found on all Cohiba cigars.

When to Smoke a Cohiba Cigar

Cohiba cigars are simply amongst the finest cigars in the world and should be enjoyed as such. As Cuba’s most expensive cigars and often hardest to acquire, a Cohiba is not just a cigar but an experience.

So, how and when should you smoke a Cohiba? While the answer will be different for each cigar smoker, here are few tips to help you maximize the enjoyment of your Cohiba cigar:

From the unique qualities of the tobaccos to the expert hands of the world’s finest cigar makers, Cohiba cigars deliver the ultimate cigar smoking adventure. So, embark on a rite of passage no cigar lover should miss and get the finest Cohiba cigars in the world today. 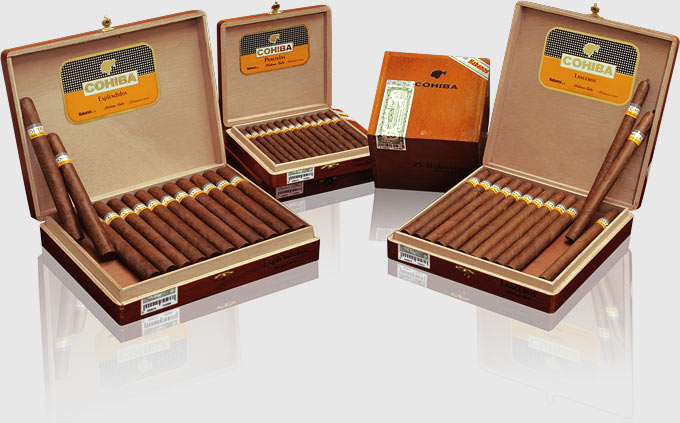