Anatomy of the cigar

The cigars are some of the most luxurious good ones can buy and they have many components. Each part of the cigar is carefully made by the best cigar rollers and has a crucial part in the smoking experience. All the taste differences of the cigars come from slight variations of these components and this is why the cigars world is so interesting and complex.

The wrapper is basically the outer part of the cigar that you can see and feel. It is made of a tobacco leaf and based on certain regional differences connoisseurs can even tell where the plant was grown and even the species of tobacco. An interesting aspect about the wrapper is that based on its color you can tell the taste strength and the aging time. The lighter the color, the lighter the taste of the cigar and the darker, the stronger. This principle applies for cigars like Romeo y Julieta Short Churchills. These cigars have a medium brown color and they are also medium-bodied.

Also, the wrapper holds a lot of the aroma of the cigar. Many cigar lovers like to try the cigar at first by using the cold draw technique. This means that they draw from the cigar before lighting it up. The aroma they feel is mostly from the wrapper and not necessarily from the tobacco. 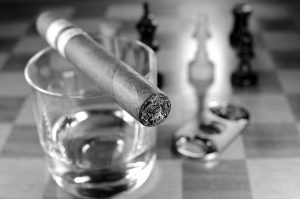 The binder can be found right under the wrapper and it has the role to hold the tobacco filler in place. This particular part of the cigar stays in place thanks to the hand-rolling techniques and usually, there is no glue used. Another role of this part of the cigar is to guide the burn. Genuine Cuban cigars have an even and slow burn, leaving gray ash or ash that looks like salt and pepper combined.

Counterfeit cigars will have an uneven burn and even a slight chemical taste due to the fact that the binder is usually glued in order to stay in place. The ash of these cigars is usually white. 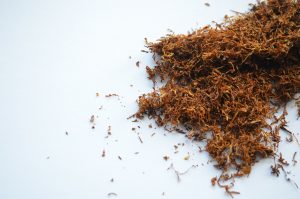 The filler of the cigar is basically the tobacco you smoke. Based on the type of cigar, it can be made from a single batch of tobacco, giving the cigar and uniform taste or it can be combined. The taste transition appears thanks to the great blending skills and thanks to the fact that there is a multitude of batches used in order to make a certain aroma. Such a complex cigar is Cohiba Siglo III because it features tobacco from a multitude of batches, giving it a very complex and pleasant taste.

The tobacco can be pressed in different styles in the cigar, giving it certain traits. If the cigar has a higher density of tobacco, the draw will be fuller and the strength of the smoke will be higher. On the other hand, if the cigar is pressed more loosely, the cigar will be lighter and the draw will be a lot easier.

The filler is also responsible for the aroma you feel while you smoke and this is why the blending recipes of many producers are still well-kept secrets in order to preserve the prestige of the cigars.

This is the part of the cigar that you put in your mouth and it is made from the same tobacco as the wrapper. The transition between the body of the cigar and the cap is a delicate line called the seam. This shows the place where you should stop smoking a cigar.

This is the part of the cigar that you will light up. It is well-known that the foot has to be cut before smoking and there are many cutting tools and techniques one can use in order to get the draw of choice. In order to light the foot up, you should have a powerful flame that will evenly light the whole edge. This will help you have an even burn and a delicious draw. Try to avoid sulfur matches in order to preserve the aroma of the cigar. It is advised to go for a double-flame lighter for an even burn.