Hookah and cigars: which are the differences?

Hookah and cigars are both regarded as an object of pure delight. They are both smoked in special moments of relaxation and they are loved by many people across the whole globe. Many people keep comparing hookah and cigars in an endless debate. We listed some of the main common points and differences between these two to help you better understand these two amazing delights.

1. Differences in smoking cigars and hookah

Cigars are made from premium tobacco that is grown specifically for this reason. The differences between the cigars come from the quality of the tobacco, whether or not they were hand-rolled and machine-rolled, the process of aging and so on. All these steps give the cigars the status of premium and luxurious objects and this is why they are so high-ranked among the luxury items.

The hookah has a history that dates back hundreds of years ago in the Middle East. This device has been used for generation and generations for moments of relaxation and delight. Now it is very popular across the globe and it can be easily enjoyed by everyone at home or in some special coffee or tea shops.

The cigars are meant to be tasted, not inhaled. This is one of the main differences between cigars and hookah. The smoke from the cigar should be kept in the mouth and felt in the palate. This is the best way to enjoy premium cigars like Bolivar Royal Coronas, for example.

Hookah, on the other hand, it is meant to be inhaled. This device is based on vapors and this is why many people who don’t smoke still enjoy them very much. The vapor is produced using the heat of coal and water. In terms of nicotine intake, in the case of the cigars, it is almost zero because the smoke of the cigars is not inhaled.

In the case of hookah, it depends on how this is prepared. 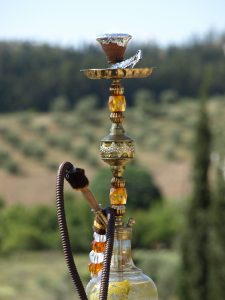 2. Differences in preparing cigars and hookah for smoking

Cigars need to have the end cut and they are ready to smoke. The whole process is rather simple and it can be done everywhere it is also allowed. 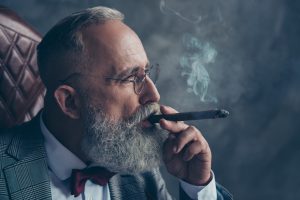 3. Taste differences between the cigars and the hookah

Cigars can be divided into light, mid-range and full-bodied like Bolivar Coronas Gigantes, for example. The diversity of the cigars in terms of strength and taste is very vast. The cigar smokers usually tend to try different ranges and then settle for a small variety of cigars. This way they can enjoy the same aroma that they love having the same taste guaranteed each time.

The hookah aromas are very diverse and they also can be combined. Traditionally, the hookah was made from tobacco and natural aromas. Nowadays, the hookah can also be done without tobacco, cutting the nicotine intake to zero.

In terms of strength, the hookah doesn’t present such ranges and differences like the cigars. The aromas, however, are very diverse and they can cover all tastes. The artificial and natural aromas are very easy to find and you can easily buy a hookah for home. In terms of accessibility, both the cigars and hookah have some restrictions in public but you can easily enjoy both of them at home.

Even though they are very different, both the hookah and the cigars can offer a great taste experience.