Differences between smoking pipes and cigars

Both cigars and pipes represent some of the most elegant and exquisite ways of enjoying tobacco. There are many people that switch between them in order to fully enjoy both their aromas and characteristics. There are many common points but also many differences between smoking pipes and cigars and they are very important to know for your tobacco culture and in order to fully understand their unique personalities.

The equipment needed to smoke a cigar is quite basic. You will only need a cigar cutter, a lighter and an ashtray. For pipe smoking, well, you will definitely need a pipe. There are countless types on the market and they can be made from all types of materials. The price range for a pipe can go from very cheap to thousands of dollars, depending on the design.

In terms of the actual smoking, a cigar requires very little maintenance. You will just have to ash it from time to time and it the case it goes out, you can easily light it up again. When it comes to pipes, you will have to take more care and frequently re-light the pipe in order to enjoy it.

Also, preparing a pipe for smoking is quite a laborious work because you will have to know exactly how much tobacco to put and how hard to press it in order to have enough ventilation but still dense-enough smoke. 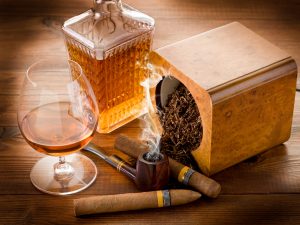 Cigars are designed to have a transition in taste. One of the best examples of cigars that feature a very exquisite taste transition is Trinidad Fundadores. The cigars often feature great changes in taste and aroma and this is one of the main reasons they are so popular.

Pipes, on the other hand, tend to have a rather uniform taste throughout the smoking. This is mainly because the tobacco comes from the same source and it is not rolled. The whole rolling and pressing process of the tobacco that we see in cigars contributes a lot to the variety of taste. The pipes, on the other hand, have rather loose tobacco and this is why they have a uniform taste from the beginning to the end. 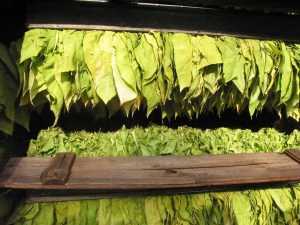 Cigar tobacco is notorious for being one of the most expensive in the whole world. This is because the whole process of transforming tobacco batches into cigars is very laborious and it can take months. The cigar tobacco comes in different categories and the most expensive and fine one is used to make premium cigars like Ramon Allones Specially Selected.

In terms of taste, the cigar tobacco comes from different batches and this is one of the reasons why the cigars feature taste changes. The unique blends used by different brands give each cigar personality and uniqueness.

The pipe tobacco, on the other hand, is in general cheaper. Of course, there are also many limited-edition tobacco releases or special brands that are on the premium side. Another difference is the size of the tobacco. The pipe tobacco is much more fine than the one used in cigars. Sometimes, for the premium cigars, there are whole leaves rolled in order to make the cigar.

More than that, the pipe tobacco comes in two main variations: regular and aromatic. The aromatic tobacco is usually without added taste and it is called like this because of the notes and aromas present. These come from the species of tobacco, the soil on which it grew and so on. The regular tobacco has the classic natural tobacco taste and it is one of the most popular.

Pipes and cigars are definitely two delights that can be enjoyed by the smoker. The differences reside in the smaller details. Another important thing to mention is that most of the pipe smokers inhale the smoke while the cigar smokers just taste the smoke.

The taste differences make these two delights very interesting and full of personality. Both pipe and cigars can be very enjoyable and tasty and you should definitely give both a try.


"My name is Dan and I am a blogger and active cigar aficionado that acquired a sense for exquisite cigars after getting a pack of cigars from a pleased customer. I have extended to amplify my knowledge and research the artistry of cigar smoking, getting extensive expertise, which now I enjoy sharing all over the world." 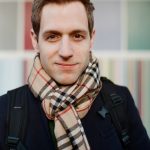 Cigars are my passion and sharing knowledge is my ultimate goal. Dan